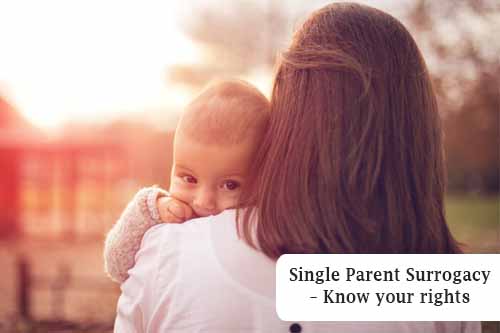 History of Surrogacy in India

Surrogacy has been an old age concept in India & mentioned at many places in our mythology as well like the case of Rohini ( mother of Balrama), birth of draupadi & her brother from yagnakunda is also an indirect reference to surrogacy. It has proven to be a boon in so many females who can not carry a child in their womb due to medical conditions like absence of uterus, malformed or anomalous uterus, or who can not carry a preganancy due to some life threatening cardiac or renal disease. The advanced artificial reproductive techniques (ART) has made it possible for these females to have a biological child of their own.

Commercial surrogacy was legalised in 2002 in India. It was also allowed for foreigners making India a top destination for surrogacy internationally. This led to a few mishaps like in 2008, abandonment of the surrogate child, Baby Manji Yamada by a Japanese commissioned mother & also the surrogate mother. This led to some changes like making a legally enforceable surrogacy agreement in 2008 according to which commissioning couple can not abandon a surrogate child.

In 2012, a Gujrati lady at 8 months period of gestation died due to pregnancy related complications, she was surrogate mother for an American couple. This led to a complete ban of commercial surrogacy for foreigners in 2014.

The current Surrogacy bill 2020 which has been approved by the Union Cabinet aims at abolishing commercial surrogacy & allow an ethical surrogacy for Indian infertile couples.

Who can commission surrogacy?

1. Indian married couples with proven medical indication for surrogacy, persons of Indian origin or single Indian women who are widowed or divorced aged between 35-45 years, all can avail surrogacy.
2. Wife should be between 23-50 years of age & husband should be 26-55 years of age.
3. The intending couple should not have any live child ( biological/ adopted/ Surrogate) except if mentally or physically challenged child or suffering from a life threatening disease.

Who can not commission surrogacy?